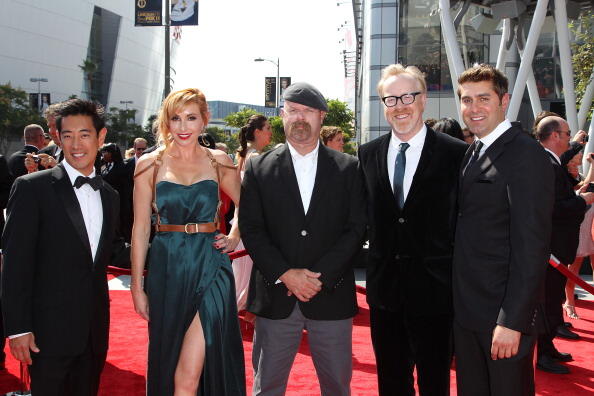 Imahara was an expert electrical engineer and roboticist who worked at Lucasfilm’s THX labs and installed lights onto Star Wars' R2-D2, created the robot “Geoff Peterson” for The Late Late Show With Craig Ferguson and worked on the Energizer Bunny.

His former co-stars took to social media to pay tribute to Imahara saying,"Sometimes I wish I had a time machine,"Belleci wrote alongside a picture of him with Imahara.

"I’m at a loss. No words. I’ve been part of two big families with Grant Imahara over the last 22 years. Grant was a truly brilliant engineer, artist, and performer, but also just such a generous, easygoing, and gentle PERSON. Working with Grant was so much fun. I’ll miss my friend,”tweeted MythBusters co-host Adam Savage.